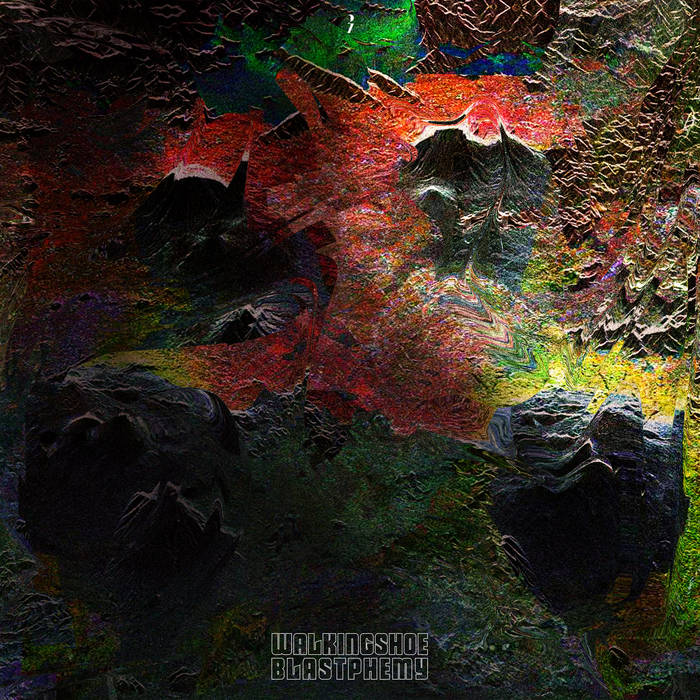 Chicago based producer Walkingshoe delivers his Cosmonostro debut with the ‘Blastphemy’ EP – 7 tracks of sound experimentation and innovation: these are RAW beats, oozing with flavour, for those that like to take a less conventional musical trip.
We open with the laidback grooves of ‘Facebearer’ – a slice of pulsing disco from the distant future, with immaculate, glittering vibraphone chops over rolling low end & gorgeous 360 degree percussion. Title track ‘Blastphemy’ ups the ante with a gloriously disorienting mixture of slow and fast rhythms, before dropping back into a warped & stretched disco groove that’ll make you melt. Things get more warped still in ‘The Falls’ & ‘General’, where lo-fi meets sci-fi over pushed grooves that’ll have your neck snapping. ‘Tennassee’ takes us on a chilling detour, with what sounds like the soundtrack for an 8-bit slasher movie, whilst ‘Occasions’ takes another complete u-turn – eastern vibes meet Wyclef Jean before dropping into lush piano chords over throbbing beats & heavily compressed plucked strings chopped to perfection. Rounding off the EP is ‘The Blaster’, sounding like a galactic jazz group playing Numbers On The Boards, complete with beautiful ethereal vocal chops & more of that pulsing low-end goodness.