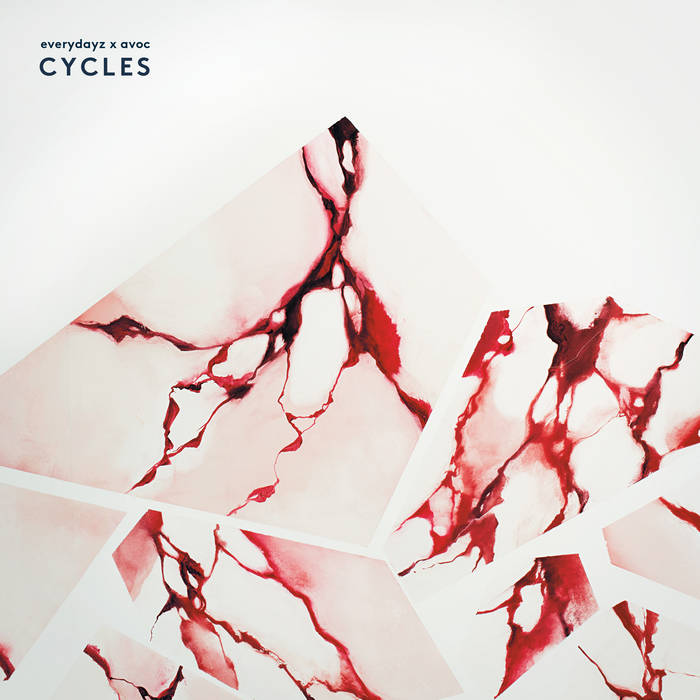 "Cycles" is an on going collaboration between french music composer Everydayz and Avoc, a parisian label creating connexions between clothing, scenography and decorative arts.

The collaboration started with Everydayz composing an original track for one of Avoc's short films, then composed a second track and decided to present its work as an EP called Everydayz x Avoc : Cycles.
In parallel, Avoc designed a set of stage uniforms for the music composer, an authoritarian silhouette and a set of four shirts that will evolve season after season. Avoc is working with Japanese photographer Syouta Nagase to develop these landscape prints.

The cover of the project was shot by photographer Paul Arnaud and the blood marble scenography as well as the winter costume were painted and designed by Avoc.