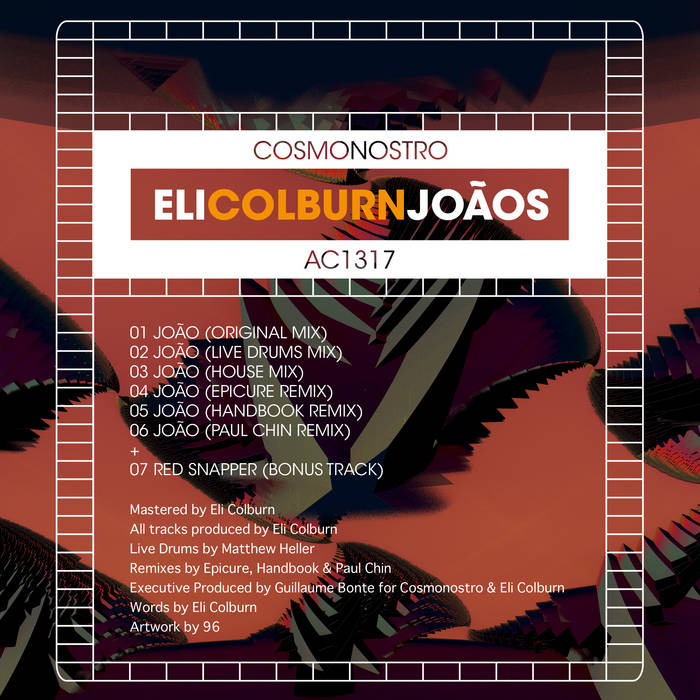 "The album's root is the Original Mix of João (sampling the Cal Tjader track of the same title), and so the title of the EP is Joãos. Over my first two years at university I became inspired by the level of musicianship in the college town where I live, and became good friends with some Jazz musicians around the area. Befriending a drummer by the name of Matthew Heller who appreciated similar music styles proved beneficial to this album, as his live drumming was recorded for the Live Drum Mix. I originally recorded him with the intention of getting breakbeats to edit and sample, but soon found his playing so solid that editing it would take away from the energy of the recording! The House Mix was actually conceptualized prior to the Original mix, but finished after the Original mix's release. I had always wanted to produce a House song, but could never find the right sample material with the right energy behind it. Cal Tjader's song João proved to be the right style and energy to inspire me to completion, and the knowledge acquired from the production classes at my university helped facilitate the true House-style production." -Eli Colburn