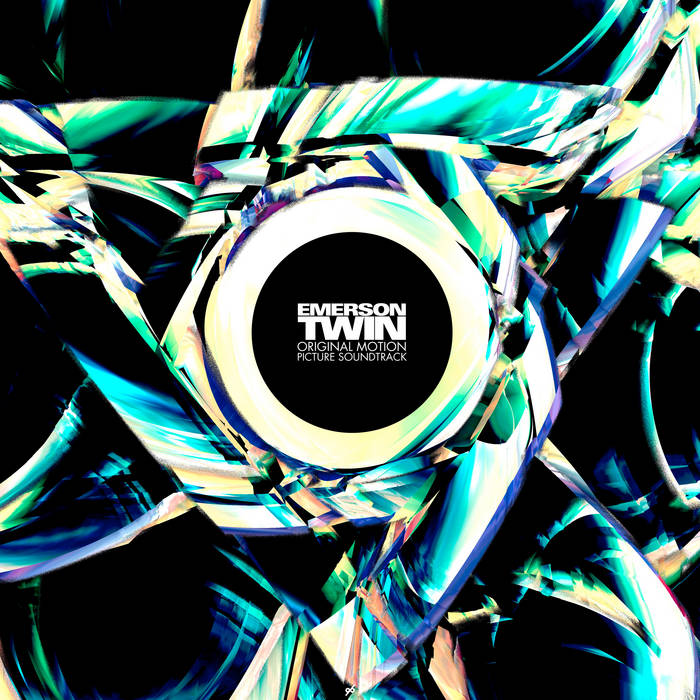 Since the end of last year, London-producer @emersontwin music have been getting props & support from Scratcha DVA, Two Inch Punch, TEED, Laurent Garnier, Throwing Snow, Nightwave & Severino and have recently clocked up plays on the Hyperdub show on Rinse FM.

Followers of Cosmonostro will have grown to expect vibrations of a galactic nature, but even the most seasoned cosmonaut will have to take on some extra hours in the centrifuge to prepare themselves for this monster. Originally given away as a free download in late 2013, London-based producer Emerson Twin’s ‘Original Motion Picture Soundtrack’ now sees a re-release on the French imprint, and couldn’t fit more perfectly into their already stellar collection of releases.
Envisaged as a soundtrack to an imaginary sci-fi movie, OMPS delivers all the high-octane thrills of a futuristic box office smash, sounding like a distant message from a dystopian civilisation, frantically blasting out distress signals as they’re engulfed by a supernova.
Opener ‘Return of The Twin’ begins with a seriously evil-sounding synth, launching into an 80s-tinged guitar riff that plays off skittering snares & thundering kicks. ‘Dance Of The Space Pygmies’ takes things into tribal territory, as we encounter a frantic group of disenchanted space pygmies, before suddenly becoming engulfed by a wall of bass-heavy insanity – this one’s bound to leave any club ceiling dripping onto the feral scenes unfolding beneath it. It’s not all brain-melting insanity start to finish though – beatless interlude ‘All Androids Go To Heaven?’ showcases this producer’s flair for really pulling at your heartstrings, all melancholic synthwork & arpeggiated harps. Soul greats Marvin Gaye & Tammi Terrel even make a surprise extraterrestrial appearance in finale ‘The End Of Our World’, laying down silky vocals over a driven beat that leaves this dreamt-up sci-fi flick on a suitably epic note.

"It's the type of record you could easily add to a workout playlist, a sophomore release by a newcomer that's electronically powerful enough to be by a veteran." -Earmilk
"Kind of dubby, definitely sinister, and all fire." Do Androids Dance